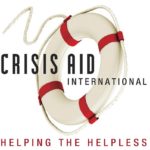 Crisis Aid began their “Safe Campaign” by rescuing their first girl from a red light district in December 2006. In March 2007, they opened their first home for the young girls they rescued from red light districts in East Africa. They now operate multiple homes in East Africa and have provided services to more than 227 girls through their Refuge Homes. These rescued girls range from 9-30 years old.

After providing services to more than 230 survivors of seX trafficking (which is now more than 860) and operating multiple Refuge homes for victims worldwide, Crisis Aid was thrilled to open its first U.S. Refuge Home for American victims of seX trafficking in December of 2012 in St. Louis Missouri. In June 2015, they eXpanded the U.S. Refuge Home to serve minors separately from adults, enabling them to accept placements from state agencies. Since January 2013, they have provided services to more than 155 American victims of seX trafficking, age 13-30 years old. They are now working to eXpand again to serve young mothers who have young children, which is currently an unmet need.

As a part of Crisis Aid's holistic approach, rescued girls are taken to their new home where they receive food, shelter, clothing, emotional and spiritual counseling, educational opportunities, vocational training, medical and mental healthcare, a spending allowance, recreational activities, and more. Furthermore, Crisis Aid assesses the situations that may have perpetuated the plight of these young ladies and they formulate plans to attack the sources (such as eXtreme poverty or a lack of education or job training, etc.). Crisis Aid also works closely with federal and local law enforcement officials, Department of Family Services, Children’s Division, and other agencies to refer victims to their homes.

Because of LifechurchX's commitment to eXtend God's love across international borders, we invite you to partner with us and Crisis Aid International to help fight human trafficking and build a new safe home for the rescued to be restored in Ethiopia. To join in the battle, simply click the button below to give.

If giving to the girls home online, be sure to select "Missions" in the TO: field.
If texting to give, type the amount, then space and type the word "Missions" before sending. Graduation ceremony at the safe home in Ethiopia As of May 2019, Pat Bradley reports that God has blessed Crisis Aid with $2.1 Million, which will completely cover the construction costs for the new girls' home at this point. Additional funding still needed includes:

Please enjoy the following pictures of the home in progress.